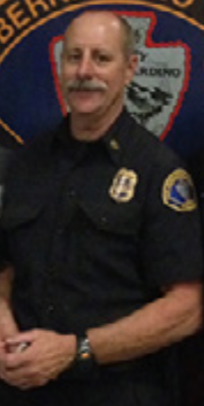 Chief McClintock came to County Fire by way of the Central Valley Fire District, starting as a firefighter under Capt Rick Green at station 71 in April of 1984. Rick moved up through the ranks quickly, promoting to both engineer and captain in 1988.

As a captain Rick helped found County Fire’s USAR program; in fact he and other dedicated rescue specialists helped build the training props still in use at the training center today. Specializing in shoring techniques, Rick taught rescue classes at RSTC for nearly 20 years.

Promoted to B/C in 2005, Rick was initially stationed in the high desert. He thrived with the change, enjoying the sense of freedom his new role-and SUV-provided. It was not uncommon for his colleagues to open their email to a photo of McRick’s BC-ride parked seemingly in the middle of nowhere.

Happy to return “home,” Rick transferred back to the Valley Division in 2009. One benefit of this move is that it has allowed him to resume bicycling to work, from his house in Yucaipa all the way to Fontana, nearly 40 miles each way.

For several years Rick has been overseeing the department’s new- station construction and remodels. He’s proud of the work he’s put in to help build these stations, including the new 71’s; his BC quarters are right where his career began in 1984.

Rick’s retirement starts Dec. 26th; he is looking forward to spending riding his bike everywhere, including a planned journey from Canada down to San Diego in 2014. Congratulations on your retirement, McRick, and thank you for your service! 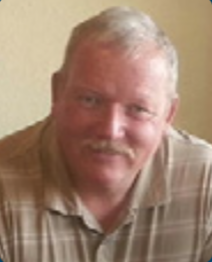 In December of 1985 the city of Adelanto made Freeman its first full-time firefighter, hiring him as an Engineer/Acting Captain. After six months Freeman promoted to Captain; he stayed at Adelanto for three more years, continuing his education and earning his EMT-2 LALS cert. During this time Freeman was still serving as a PCF in Wrightwood, eventually promoting to PCF Engineer and working as an extra-help employee to

In December of 1988 Tracy left Adelanto and hired on full-time with the San Bernardino County FIre Agency as an Engineer/Paramedic at the Wrightwood station, where he stayed until 1996 before transferring to the Agency’s Central Valley district. He was one of the first members to transfer without going through a re-test process.

In December of 2000 Tracy transferred to station 36 in Joshua Tree as an engineer working as a company officer. Eventually he promoted to Captain and worked to build the department’s SCBA confidence training maze. He remained at 36 before transferring to Station 17 in 2010.

Tracy and his wife tammy married in 1994; together they have raised a daughter, Courtney.

Congratulations to Captain Tracy Freeman on his retirement, and thanks for his many years of service! 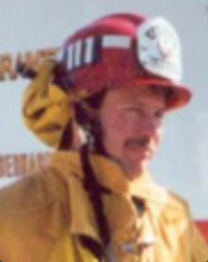 Tim Metzger retired from SBCoFD as an engine captain out of station 91. While Tim may not look his age, he enters retirement with more than 30 years in the fire service-28 years of those with our own department. Like many others, he has had a diverse career and has seen many periods of unprecedented growth, both operationally and demographically. Always a leader by example, he has had his hand in many things that make this department what it is today.

Tim started as a firefighter in the Air Force on the other side of the world, or as he would say, “the other side of the pond.” After his military service he became a fire inspector in the city of Chino for a little over a year. From there, Tim tested and was hired as a firefighter with the Central Valley Fire Agency-what we now know as Division 1. Tim enjoyed eight years in Central Valley while assigned to stations 72, 74, and 77. In fact, Tim helped open two of those stations.

It wasn’t until he promoted to Engineer that Tim ended up in Lake Arrowhead, something most of us will always associate him with. He drove Big Red through the snow and ice for five years, until he was promoted to Captain in 2000 and went back down the hill. He spent two years in Lucerne Valley, one at station 77 on the truck, and the remainder of his career back in Lake Arrowhead.

During Tim’s time with county fire, he has taken on some very large-scale projects. He helped implement Telestaff, and has remained on its committee from its inception until his retirement – one of the longest of its members. He had a leading role in the USAR program in Lake Arrowhead, taking a “squad-like rescue” and transforming it into the heavy rescue we know today. Some of his most memorable and largest incidents have included the Old Fire of 2003 and the Grass Valley Fire of 2007, both initial attack, and both fighting fire the duration of the incident. There are countless rescues along Division 4’s high angle hazards, as well as countless public lives touched by his gentle yet effective demeanor as a company officer.

Tim enjoys reflecting on a wonderful career, but is enjoying retirement even more. Most importantly, he has had much more quality time with his wife, Jane, and two daughters, Alexandra and Claire. Home projects have been keeping him busy, while golf remains his primary hobby. In excellent health, he plans to pursue a second career in the private sector, but for now is just enjoying the time off he deserves.