On November 28, 1928 Earl B. Reeves was appointed by the Fire Commission in Fontana to be the Fire Chief of the newly formed Fontana Fire Department. Reeves was a former San Bernardino City Fire Captain. The commission believed he would be the best man to lead the 12 volunteer firefighters protecting Fontana. In 1929, Chief Reeves and several of his volunteer firefighters also became some of the first police officers in Fontana, serving in a dual role and filling yet another need in their community. 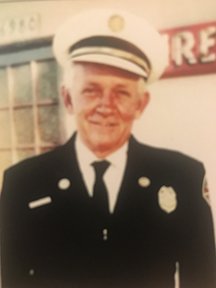 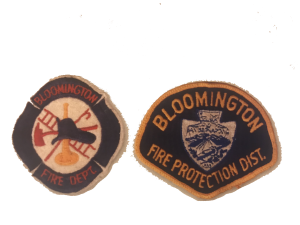 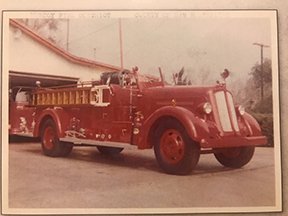 Prior to 1967, fire protection in Bloomington was provided by a single California Department of Forestry [CDF) lieutenant who staffed Station 1 (currently Station 76) Monday thru Friday from 8 AM — 5 PM, along with 15 “callmen” from the community.

In addition to staffing several pieces of ﬁre apparatus, the callmen would transport patients to the surrounding hospitals free of charge using a 1963 Chevrolet panel van.

In the mid-sixties a second station was built to reduce response times to the area south of the Southern Pacific railroad tracks.

In 1967 the San Bernardino County Board of Supervisors approved the formation of the Bloomington Fire Protection District. They appointed five people from the local community to fill the Fire Commission Board, and hired 10 full-time firefighters. Those ﬁreﬁghters worked 72-hour work weeks, and were supported by the 15 callmen. Bloomington Fire took over dispatch responsibilities from CDF, and hired an office worker. But, Station 2 was closed because they could not afford to staff both stations.

In 1972 the old panel van ambulance was replaced with a Chevy van that had been converted into an ambulance by a chief officer from Rialto Fire Department and a local Bloomington resident. Together they built and installed the wooden cabinets and countertops in the back of the ambulance

The newly formed Central Valley FPD needed a centralized dispatch center. Emergency Communications Supervisor Dave Dowling was one of the key players involved in creating that center. Originally located in the front office of Fire Station 71 in Fontana, that center would develop into what we now know as Comm Center, an increasingly busy and highly technical operation.

In 1982 Central Valley FPD became the West San Bernardino Valley Fire Agency with the addition of a fourth member; the Chino Fire Protection District. But, Chino only remained a part of the agency for three years. In 1985 they became an independent department once again.

But that same year, eight other districts joined the Agency. They included Forest Falls, Green Valley Lake, Hinkley, Lake Arrowhead, Lucerne Valley, Searles Valley, Wrightwood and Yucca Valley. A total of 11 Fire Districts were now included in what would then be labeled, the San Bernardino County Fire Agency. Each of these districts brought with them a history of their own to add to the County Fire legacy. 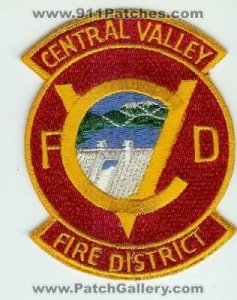 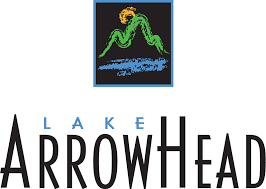 The push for full-time fire protection in Lake Arrowhead began in 1938 after the Arlington Lodge was destroyed by fire. A community meeting was held, and Joe Henck was elected Fire Chief. At that time it was determined that 12 full-time firefighters were needed to protect Lake Arrowhead.

The Following year a fire commission was established to raise funds and community support for the new fire department. In March of that year, seven members of the new department attended a Red Cross First Aid class. And in April, Chief Lehman, an experienced firefighter from the City of Pomona was hired to lead the Department.

In 1943 Lehman retired and was replaced by Les Salm. Under Salm, the department bought several fire engines and a fireboat.

The old Lake Arrowhead school house, built in 1926, became a fire station in 1949. That historical building still stands, and is still a fire station; the home of San Bernardino County Fire Station 91.

In 1957, a second fire station was built on Willow Creek Road.

1959 brought a massive wildfire which burned from McKinley Peak near Highway 330, thru Hook Creek, and . out Squints Ranch. That fire foretold a trend for the future as Lake Arrowhead would be threatened by massive forest fires several more times; the . Panorama Fire in 1980, the 1999 Willow Fire, the 2003 Old Fire, and in 2007 Grass Valley and Slide Fires.

In 1965, Chief Salm was replaced by Chief Raymond Ceniceros who came from the U.S. Forest Service. During his tenure he built Stations 3, 4, 5, and 6, purchased four more engines, established two more full-time paid positions and replaced the fireboat with an amphibious “duck”.

Ceniceros retired in August of 1979. Assistant Chief Gary Bratton then briefly held the position. But by the time the Panorama Fire broke out in November of 1980, Chief Jim Lawrence, originally from Burbank Fire Department, was in command.

The Panorama Fire burned 23,800 acres of San Bernardino, Highland and the front side of the San Bernardino mount range, killing 4 people, injuring 77 more, destroying 280 homes, and damaging 49 others. The fire threatened Lake Arrowhead along with several other mountain communities, but was stopped along highway 18.

Even though only three were funded, the department established six paramedic positions, two per day on Medic Ambulance 94. But they only had four qualified Firefighter/Paramedics to cover those six positions. Those first paramedics were Jeff Carrera, Dave Loest, Charlie Mazza and Ed Poe. The rest of the area continued to be covered by Basic Life Support ambulances operated by Mountains Community Hospital.

In 1985, Lucerne Valley Joined up with seven other districts to join the San Bernardino Valley Fire Agency. 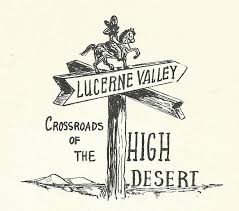 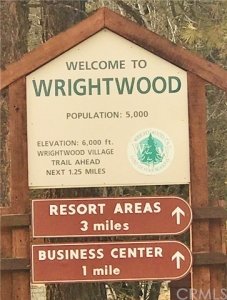 The Wrightwood Volunteer Fire Company was formed in 1947. Construction of their new fire station on Cedar Street was completed in 1948. The first Fire Chief, Al King, was provided by the U.S. Forest Service.

Ambulance service in Wrightwood began in the early 1950’s when Julian Odom, father of now retired Deputy Chief Dan Odom, purchased a 1950 Chevrolet panel van to use as an ambulance. Julian Odom also served on the community’s first Fire Board alongside Al Rakestraw and Row Westlake.

By 1968 the community was protected by what was then called the Wrightwood Fire Protection District, a combination volunteer and paid department, led by Chief Bob Hedden. The modern day Wrightwood fire station (Station 14) located on Elm Street was built in 1978 with federal grant money secured by Chief Hedden.

Paid Call Firefighter/Paramedics came to Wrightwood the following year. They were Chuck Blakeslee, a career Fire Captain with Monrovia, and Firefighter / Paramedic Dave Faust, also with Monrovia. According to some sources, these two residents of Wrightwood may have been the very first to provide paramedic services anywhere in San Bernardino County. Their San Bernardino County Health (now ICEMA) accreditation numbers were 2 and 4 respectively. But it would be several years until the community had full-time paramedics assigned to the fire station.

In 1949 the citizens of Yucca Valley had already experienced the ravages of fire and were concerned enough to purchase a fire truck and an auxiliary pump, and form a volunteer fire department led by Fire Chief Clarence Davis. Chief Davis was only able to serve in the position for a short time and Clay Tunstall soon replaced him as Fire Chief.

In those early years Yucca’s small volunteer fire department was supported by the Annual Firemen’s Ball and other fundraisers. But by 1951 it was obvious that the growing town would need more substantial fire protection. So, in July of 1951 the citizens of Yucca Valley voted overwhelmingly in favor of forming the Yucca Valley Fire Protection District and a special district tax to support it.

But the county taxes collected from the special district only covered operating expenses, and Yucca Valley needed a fire station. So, Bill and Rose Pace donated a piece of the Bucking Horse Ranch to the fire District.

The Annual Firemen’s Ball continued to raise funds for the district, and in October 1953 the Yucca Valley Community Players wrote and performed a three-act play especially for the benefit of the Yucca Valley Fire Department Building fund. The play was a mystery written by M. Brooks Buxton, entitled “Checkmate”

The fire department in Yucca Valley has been providing ambulance service to the area since 1958 when their first ambulance was purchased by the Lions Club and sold to YVFD for $1.

By 1959 the District covered 22 square miles, and Station 2 (Now Station 41) was opened on land donated to the district by Charlie and Joan Watkins.

Yucca’s first paid fire chief was also hired that year; Chief Harry Brissenden. By then the district was running a staggering 40 calls per year.

The original Station 1 was closed in 1969

In 1974, another fire station (now Station 42) was built on more donated land. The community has Harold and Cathleen Reed to thank for that donation By the time that station was built the fire district covered more than 50 square miles. 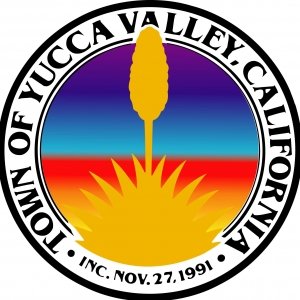 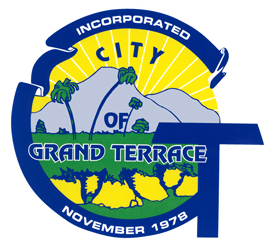 In 1999 the City of Adelanto became the first City Contract for services with San Bernardino County Fire. 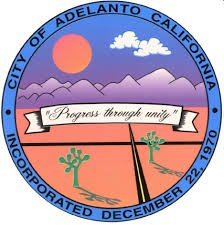 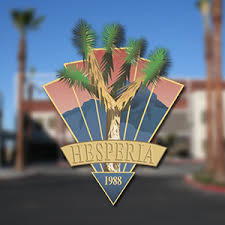 In 2008, the City of Victorville contracted with the San Bernardino County Fire District to provide Fire and EMS services. The Employees of the Victorville Fire Department were transitioned to the County and all services were assumed by the county including the Southern California logistics Airport. 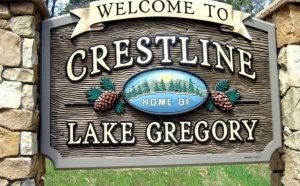 On May 21, 2013, the Crest Forest Fire Board voted 4-1 to enter into  a contract with the San Bernardino County Fire Department. County Fire and CFFD immediately started the transition process by establishing a committee to handle all the details, and quickly completing the needed training, paperwork, and background investigations. On July 8th, the District employees completed a week long classroom orientation. On July 13, 2013 San Bernardino County Took over services and CFFD employees transitioned as County Employees. 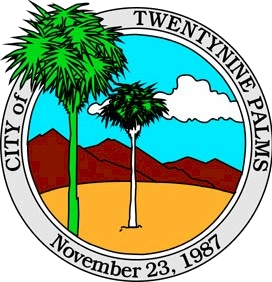 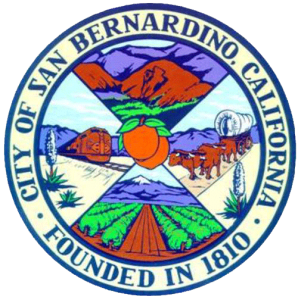 On July 22, 2017 the Upland Fire Department was annexed into the San Bernardino County Fire District. All personnel were transitioned to County Employees and placed throughout the County. The City of Upland took advantage of the FP-5 service zone fee and saved approximately 3.5 million dollars each year in it’s General Fund. 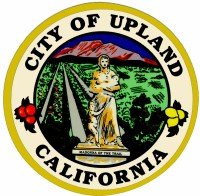